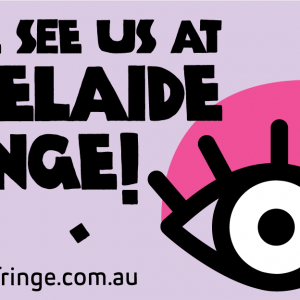 It’s 2021… Adelaide Fringe is going ahead and Lost in Translation is coming to Rhino Room!

Braw Media has brought together four friends with a love for early 2000’s films to ask the question nobody asked: “What happens when you take your favourite film script and run it through several languages using an online translator?” Will it remain the same, become utter gibberish or something else entirely fantastical?

But which films you ask? There are so many to choose from… Well only the most nostalgic early 2000’s blockbusters, with the most famous lines of course! The Lost in Translation crew will take Harry Potter and the Philosopher’s Stone (Tuesday 2 March & Saturday 6 March), Chicken Run (Wednesday 3 March), Monster’s, Inc. (Thursday 4 March), Lord of the Rings: The Fellowship of the Ring (Friday 5 March) into their translation boudoir. 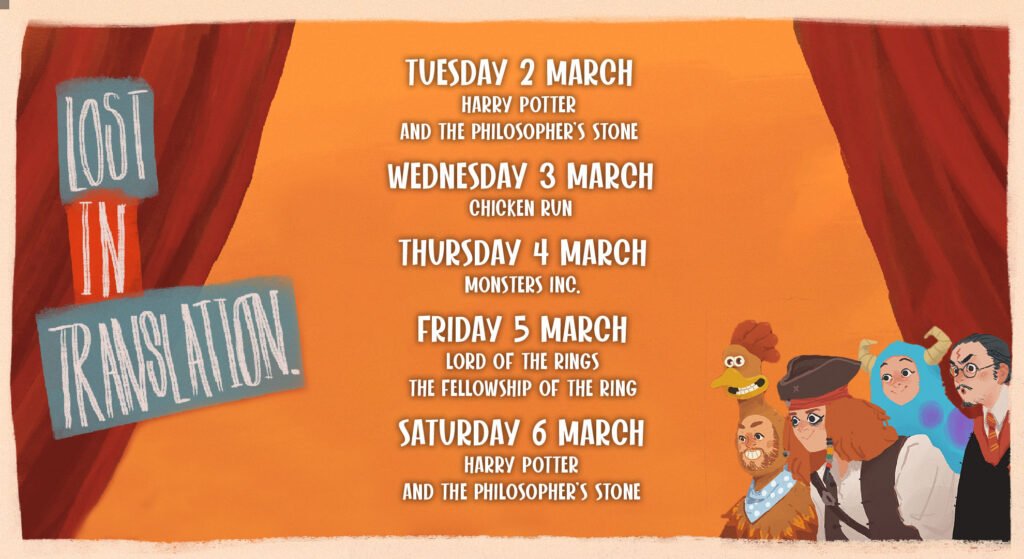 Lost in Translation started out as a simple idea which turned into a complex artform. Artists Aaron Finan, Sophie Addison, Emma Siddons and Lochryn Hearne, have learned to walk the fine line of translating scripts enough that they change meaning but not so much that they become completely nonsensical.

The team must first source the original screenplay, then edit it down to an hour long runtime and finally translate it scene by scene. The live show will also be subtitled using a projector so the crowd and truly understand what the online translators have spat out.

Not a single word is made up or altered. The show is true, unadulterated, translations.

Lost in Translation is on at 9:30PM from Tuesday 2 – Saturday 6 March in Drama Llama at Rhino Room. Tickets can be purchased at FringeTIX.

Tickets can be purchased at FringeTIX or by clicking here.

If you want to know more about the show, why not check out: Introducing: Lost in Translation